We were sent The Black Eyed Peas Experience for the Wii by Ubisoft to review recently! We are huge Black Eyed peas fans in the house so it is such a FAB item for us to review! ;O) 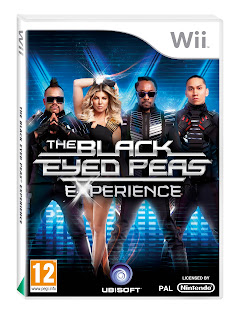 ﻿Get the party started in your living room with the world’s hottest group in the world’s hottest new dance game. The Black Eyed Peas Experience features 25 chart topping tracks from the Black Eyed Peas – including all of the biggest hits that transformed them into a global phenomenon! Perform iconic dance moves alongside apl.de.ap, Fergie, Taboo and will.i.am with professional choreography designed exclusively for the group. Take the party worldwide and jump on tour to experience all the energy and unforgettable venues inspired by their shows and music videos. The Black Eyed Peas Experience is the ultimate dance game and the best way to keep the party rocking. 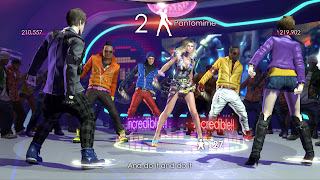 ﻿Get the party started
Transform your living room into the ultimate party experience with 25 chart topping tracks from the world’s hottest group, The Black Eyed Peas, including all their record-breaking hits from The Beginning, The E.N.D., Monkey Business and Elephunk
Rock Your Body
Feel the beat and rock the hottest dance moves in 25 exclusive choreographies developed in collaboration with The Black Eyed Peas’ creative director and professional choreographer, Fatima Robinson
Get the full multiplayer experience
Dance with up to 4 friends at the same time and get a group score to reach the next level together or face-off against your friends in competitive dance battles
Take the Party Worldwide
Travel around  the globe with The Black Eyed Peas and party in locations inspired by the group’s shows and music videos
Get into it
Get into the music through will.i.am’s groundbreaking productions, Fergie’s melodies, Taboo’s electro vibes and apl.de.ap’s lyrical beats. Use the on-screen lyrics for the full experience.
What we think –
We really love this game especially Lero who loves The Black Eyed Peas and also loves to dance so he has been busy playing it over Christmas! The tracks are brilliant and very upbeat so it can be quite exhausting… Boo who is 5 loves to dance along but has no chance of keeping up with the moves. Lero is alot better but he still struggles!
The tracks include –
Boom Boom Pow
Disco Club
Don’t Lie
Don’t Phunk With My Heart
Don’t Stop The Party
Dum Diddly
Everything Wonderful (BEP & David Guetta)
Fashion Beats
Hey Mama
I Gotta Feeling
Imma Be
Just Can’t Get Enough
Let’s Get It Started (Spike mix)
Meet Me Halfway
My Humps
My Style (feat. Justin Timberlake)
Pump It
Shut Up
Rock That Body
Take It Off
The Best One (The Boy)
They Don’t Want Music (feat. James Brown) – Wii only
The Time (Dirty Bit
Whenever
If you love The Black Eyed Peas and love to dance then this really is a game worth having especially with it just being £14.99 on Amazon! Real bargain! A great game for teens I think; especially when they have a group of friends round! Be warned though it will get rowdy 😉