Mum in Business
The lovely Louise from Antenatal Online is with us this morning – please read on to find out more about her and her business :O)
Who are you?
Louise Morrison, mum of one and founder of Antenatal Online 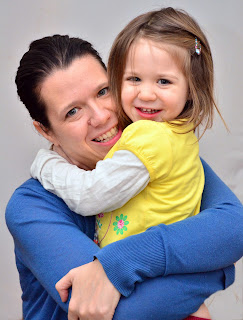 What do you do?
I run Antenatal Online (www.antenatalonline.co.uk) which offers video based antenatal classes and pregnancy advice and support.

When did you establish your business?

The website was launched earlier this year, in March. But it took a good year before that to get the idea off the ground. I had also worked for myself for a number of years before that, running communities of interest for both healthcare managers and managers in the glamorous world of waste crime! 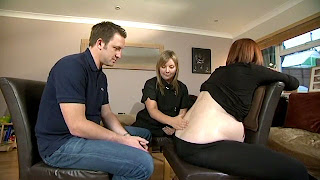 What made you start your own business?

I started Antenatal Online because I felt strongly that there was a need for high quality, flexible antenatal classes to be available to everyone, regardless of where they lived or their income. And because at the moment that just isn’t the case. Personally I was at a bit of a crossroads. I was just about to close the first business down and had a little bit of money so I had a choice of whether to do something completely different – I was thinking of training to be a speech therapist [!] – whether to get a proper job or whether to start up something else. In the end I was a bit worried about whether I could work for someone else after so long of only having myself to answer to and I really wanted to have the flexibility to be with my daughter as much as possible, plus I believed in the idea of online classes so decided to go for it.

What do you love about working for yourself?
Lots of things! The flexibility, the lack of early mornings (though my daughter gets me up anyway…), the fact that I get to make decisions without having to consult a chain of other people and the freedom to develop things how I want them to develop, to name but a few.

Is there anything you do not like about working for yourself?

It can be difficult to keep motivated especially at times when things aren’t going too well. Also I think that it is easier to be creative sometimes if you work in a team. When you essentially work by yourself there is no one to tell you that your idea is great/rubbish! You just have to go with your gut and sometimes it works and sometimes it doesn’t. That said I think that the positives far outweigh the negatives. 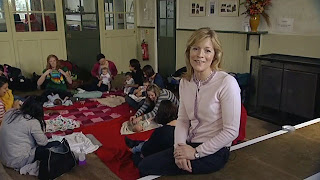 Is there anything you would go back and do differently if you could?
I made a couple of bad decisions early on that are still having an indirect impact now both of these concerned the people I got involved to help me out. The decisions in themselves weren’t catastrophic but I did more damage by not dealing with the situation once I knew there was a problem, I kept giving people the benefit of the doubt! Now I am more likely wherever possible to try and deal with a problem when it arises and not just hope it magically goes away!

What advice would you give to a Mum considering starting her own business?

If you believe in your idea then go for it. It’s better to take a risk than to always wonder what might have been!