Review
GUMIGEM™ is the original UK teething necklace aimed to provide mummy with a stylish accessory that baby can chomp on to his hearts content. In two styles, and several colours, the necklaces are made from a similar material to that of most baby teethers. Our silicone meets FDA standards and is BPA, PVC, lead, latex and phthalate free. They can withstand high temperatures, making it easy for them to be sterilised or put in the dishwasher 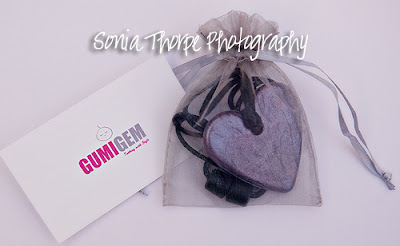 The GUMIGEM™ was created by Jenny McLaughlan, mum of two from Kellas, Scotland.
Jenny came up with this idea while on maternity leave with her second child. He was a big teether and grabbed at everything, then the idea struck her, after months of research and development GUMIGEM was born. This was a long process that finally resulted in developing a necklace that to the lay eye just looks like a nice peice of jewellery, but can have a dual function as a safe teething item for your baby. Safety was a major consideration during the development, it was vital that it could not break off and pose a choking risk, that there were no chemicals that could cause harm and that mummy did not get hurt when the baby gave the necklace a firm tug! It is really intended to bridge the gap from when babies start to grab at necklaces until they understand and can follow instruction that this is not the done thing! Jenny intends to develop the range further by adding more shapes and designs. 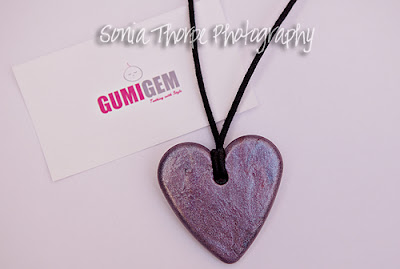 I was really pleased to get offered to review a Gumigem as Bugs is really suffering with teething at the moment and has cut 6 teeth in the last month! I really love the design and the colouring of this Gumigem and am very happy to wear it – I think it’s really funky!
Bugs loves the fact that he can play with this and I don’t stop him! There is no point wearing normal jewellery as it is either not safe for him to chew on or will just get broken so I am happy to be able to wear something that looks great and that can also ease his pain! If I gave him this to play with I think he would sit and chew it all day long! ﻿
So the Gumigem gets a very big thumbs up from us! As you can see from the photo below Bugs really loves it :O) 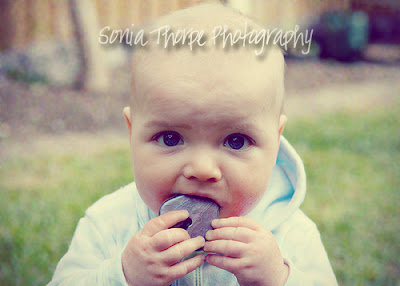 Gumigem is available in 2 different designs and many different colours. A heart pendant would set you back just £12.50 which in my opinion is an absolute bargain! Take a look at the website for all the different styles and colours :O)

My breastfeeding experience… by Katie