Christmas/ Christmas Gift Guide/ gifts
This Christmas, forget games that involve hours in front of TV or computer screen or pressing electronic buttons – it’s time to get creative instead.  Playplax, the iconic British game that ensures children use their own creativity and imagination is back.  Designed and manufactured in England as it always was, Portobello Games has resurrected the 1960s iconic children’s toy PlayPlax, priced at £15.99 for a box. (http://www.playplax.co.uk) 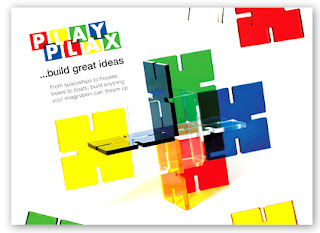 PlayPlax is a box of 48 vibrantly coloured squares that interlock with each other, allowing children to create all manner of objects from planes to castles, towers and ships. It can be played either by yourself or with friends. No batteries, no manual, no electronic beeps or peeps.
PlayPlax was designed in 1966 by award-winning toy designer, Patrick Rylands[1]. The original game sold over one million copies by 1970 and was on sale in over 30 countries. Now Portobello Games brings back this simple and creative toy for the children aged over the age of three.
A great compendium of British talent has come together to bring PlayPlax back to market. The toy was originally designed by Patrick whilst studying in London, the box is designed by London-based Webb & Webb and is made in Leicestershire. The PlayPlax squares are manufactured in the original factory based in Cheshire – using the original dye recipe colours. And Portobello Games  operates from Hampshire. 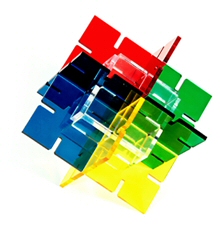 You have no idea how happy I was when I was contacted about reviewing Play Plax! It took me straight back to my childhood and so many memories from school! I used to love sitting on the carpet in the corner of the classroom building Play Plax with my friends!!

Just as I thought it has gone down really well with Boo aged 4 & amazingly with Lero aged 14 too!! They have been sitting together and building aeroplanes, cars etc for hours at a time! This is unheard of at my house as Lero and Boo like to do their “own thing” Well Lero does (like teenagers do) he spends most the time trying to fend Boo off! So I was very happy that they sat and played so nicely together with Play Plax!

I love the fact that Play Plax is so simple to use and there are NO RULES! Kids can just play for hours using their imagination!! Big big thumbs up!!! 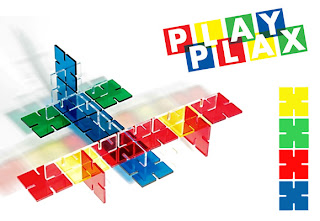 PlayPlax is priced £15.99. It is suitable for boys and girls aged three upwards (and design-mad adults too) and is available from Amazon, independent toy shops or direct from www.portobellogames.co.uk.

Our last week with the Elf on the Shelf.