We received a copy of the newly released Just Dance Kids for the Wii a couple of weeks ago to review. Boo absolutely loves playing on the Wii especially dancing games so this was right up her street :O) 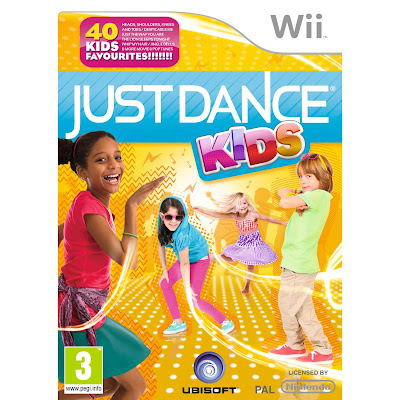 She has played on Lero’s Just Dance games before but finds them a bit too difficult as they can have some quite tricky moves in them and are probably a little too fast for her! With Just Dance Kids it is aimed more at her age range and she absolutely loves it! She knows many of the songs and has a lot of fun dancing too them! OK I admit it I love to join in too ;O) I’m a bit of a nightmare when it comes to rhythm so this is about just right for me too! ha ha! I’ll quite happily dance away for hours to the Hokey Cokey and little Bugs loves to join in too – he’s only 16 months so doesn’t get a remote but he does love to boogie along to all the music ;O) Please don’t tell anyone but Boo got a higher score than me most of the time *hangs head in shame* ﻿ 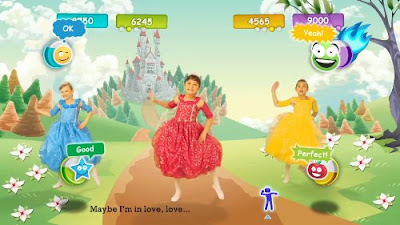 This is a really great game for a younger child – probably about 8 and under﻿; any older I think some of the songs will probably be too babyish. The moves and the lyrics are clear and easy to follow and the fact you can have up to four players is fab for when their friends come round to play! Seriously I think a lot of adults will enjoy this too after a few drinks LOL! 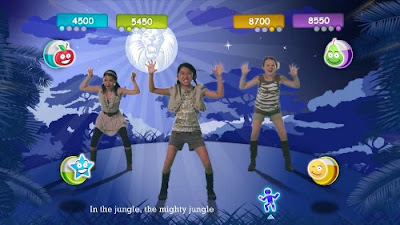 We really do love this game and it is such a great way for young kids to get some exercise on a wet day or for working off their Christmas dinner! Ideal Christmas pressie for a little one! Love it :O)

You can buy Just Dance Kids by Ubisoft from Amazon for just £24.89

The Day Louis Got Eaten Review